The TAPPS football semifinals preview and predictions, brought to you by our longtime user dcs07, are available for your enjoyment.

In case anyone was wondering, the Chargers elimination does not put an end to the picks. The committee of one is not like certain school’s Twitter accounts, that are only around when their team wins/scores. Who will make the State Championship Games? Stay tuned and find out…

Grapevine Faith Christian vs. Midland Christian @ Sweetwater — The Lions and Mustangs face off in a rematch of a Week 7 matchup that went to the Mustangs 40-28. The Lions took an early 14-0 lead which the Mustangs answered with a 27 point 2nd quarter. A long interception return ultimately made the margin too much to overcome for the Lions. Interestingly both teams played Brock in the early season. MCS took 16 point loss and Faith just a 7 point loss. Both teams were in position to win at times, but were unable to close the deal. The Mustangs controlled the game with a Tyler Grace team that had just taken down defending champ FWC. The Lions won a 2OT dogfight with Dallas Christian. This is a really even matchup, except for the MCS loss to FWC and I think we can put that one mostly on injuries. They’ve each scored 40 in 9 games, they’ve both had games where they’ve allowed points to good opponents. The big turnover is what will swing this game. Can’t go against MCS in Division II until they get beat. Mustangs win a close one 41-35.

Austin Regents vs. San Antonio Holy Cross @ Seguin — The battle of Knights rematches the class of District 3. Regents enters unblemished on the season and untested for the most part. The Austinites have dominated the opposition outside of Second Baptist and this Holy Cross team. Holy Cross has only been bested by Regents, though has been less impressive in some of their districts wins than Regents. However, the head-to-head matchup was a close 31-20 Regents road win. Both teams played Second Baptist and the Holy Cross defense suffocated a well thought of Eagle offense. Holy Cross will need a similar defensive effort to keep 2 consecutive losses to Regents from becoming a streak. Regents has only been held under 40 by Holy Cross and Second Baptist and has held opponents under 20 in 10 of 12. If Regents reaches 30 they win, I’ll go that way. Regents wins 34-20.

Prestonwood Christian vs. Bishop Lynch @ Mesquite Memorial — The Lions and Friars played a back and forth game in week 7. Prestonwood never trailed in the game, but never put away the Friars who had the ball down 7 near midfield at one point in the 4th. That was the part of the season where we felt that the Friars were headed toward a top 3 finish having beaten TCA and losing by only 7 to Dunne and Prestonwood. They went on to struggle losing to Liberty and Nolan before righting the ship with wins over Parish, St. Thomas, and St. Joseph. The Lion offense has piled up points scoring 40 in 10 of 12 games. The only blemish for the Lions was a 49 point drubbing by Bellaire Episcopal. Prestonwood beat the All Saints team that beat Episcopal twice though. The Lions seem to have everyone in the districts number right now. Unless Lynch can produce a big defensive game that they haven’t seen much of the year this one favors the Lions. Prestonwood wins 48-35.

Bishop Dunne vs. Houston St. Pius X @ Belton — These two met in last year’s semis as well with the Falcons taking a 38-21 win and plenty of frustration being aired by both sides afterward. The Panther offense has been slowed by pretty much no one this season, scoring 40 in 10 of 12 games and 34 in every game. St. Thomas was closest dropping the decision by only 14 points. The Panthers piled up bunches of yards against some not as stellar opposition, but also against the likes of a 3rd round playoff team in Levelland and nemesis St. Thomas. Perhaps we’re too aware that the Falcon defense is one to be dealt with. Dunne held Prestonwood to just 21 and only TCA and Fayetteville reached 30 in regulation. The Falcon offense has been a bit challenged at times particularly in district play. It would seem that the Falcons probably need at least 35 to win this one but if they can hold the Panthers to 28 or less they’ve got a great chance to win. I’ll say the District 1 train continues to roll until further notice. Falcons hang on 28-27.

Colleyville Covenant vs. Willow Park Trinity Christian @ Burleson — The Cougars have won 11 in a row since a season opening loss to Cistercian. They’ve dominated the competition since that loss playing only one close game against Division II Southwest Christian. This includes a district slate where the Cougars scored 41 or more in every game and the opposition scored just 42 total, part of which was a 48-7 drubbing of Division IV semifinalist Grace Prep. The Eagles have burst onto the 11-man scene with a 10-2 season and a runner up district finish. Can the Eagle offense produce the form of the early season against this Covenant team? That would seem to be a tall task. Trinity lost 41-0 in Week 10 to Lubbock Christian to decide the District title. Where is Lubbock Christian in these playoffs? They lost 41-13 to Covenant. Cougars win handily 40-20.

Waco Reicher vs. Houston Northland Christian @ Bryan — There are 4 teams left in Division III and three of them are the Cougars. These Cougars enter of recent stays in Division II. Northland was expected to be a contender after a semifinal appearance in Division II last year, but I’m not sure we thought they would devastate their opposition at every turn, scoring 54 in every game against Division III opposition and 34 in a win over Division II Lutheran South. 130-0 in two playoff games for Northland leaves quite the task for Reicher. The other Cougars also controlled a district from start to finish, but were much more tested by Division IV semifinalist Brazos Christian. Reicher also dropped a couple games to some tough non-district opposition in Bremond and Tolar. The two offenses both look hard to stop, but we didn’t get to see Northland against the variety of opposition due to having 9 district games to play. The Northland track record suggests they score enough to win this one for me. I think they win going away, 48-28.

Arlington Grace Prep vs. Fort Worth Temple Christian @ Burleson — The Lions find themselves in familiar territory in the late rounds of the playoffs, but in an unfamiliar division. The Eagles have been very competitive since falling out of Division II a few years ago. The Eagle defense has surrendered some points at times this year, but only allowed 21 to Grace Prep to close the season just 3 week ago. The Lions have scored 13, 14, 7, and 9, in four losses. If the Grace Prep offense can not get on track this week it will be tough to overcome Temple. Temple has had its own moments of frustration falling to Coram Deo in OT. Grace Prep beat the same Coram Deo team handily 31-14. Beating a team twice when you appear evenly matched (and even sometimes when its a mismatch) can seem to be tough. This looks like a tight one. I’ll go Eagles to match the result of the first meeting, winning 20-14.

Bryan Brazos Christian vs. Shiner St. Paul @ The Woodlands Christian — Another Eagles find opposition in the always tough to beat Cardinals. St. Paul won the Division III title last year despite having fewer students than many 6-man schools. Brazos played Reicher to a 2 point game. The Cardinals pummeled a lot of their Division III opponents with a few close ones mixed in. The Geneva loss certainly changed feelings but as the playoffs have come the Cardinals have returned to dominance. The two do have one common opponent, a Bryan St. Joseph team that both teams smushed thoroughly. This is a hard one to pick, but give me the champs until they are beaten. Cardinals win 35-28.

Three Texans - all public school athletes - were on the 2021 baseball roster for the Broncos. There were no ladies from the Lone Star state on the swimming and diving team at Boise State. https://t.co/5I6O8PnMOz
View on Twitter
0
0 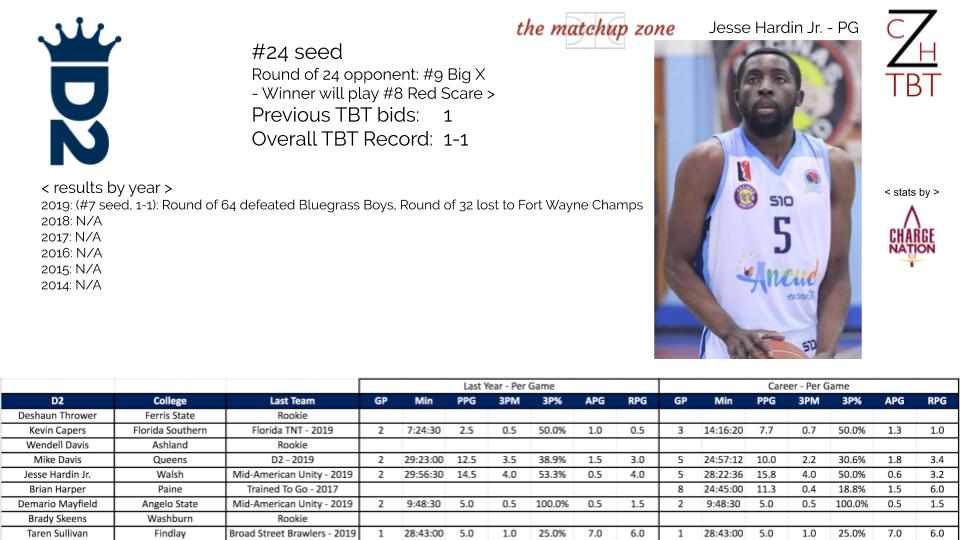 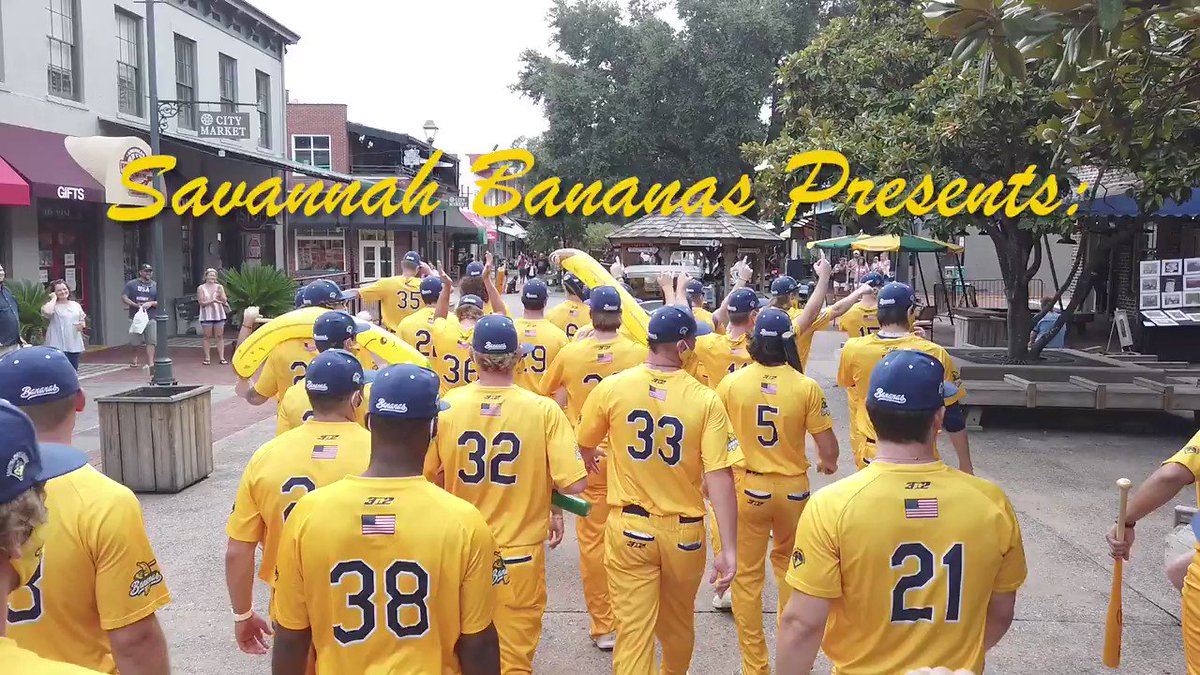 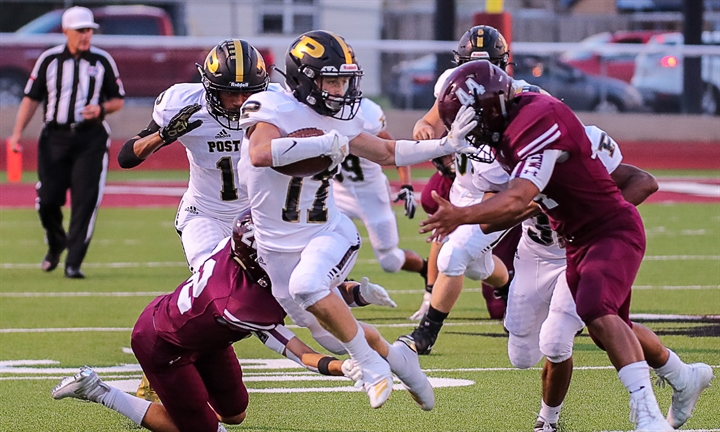