Brought to you by one of our long time readers, dcs07 brings you TAPPS football picks and predictions for your enjoyment.

Just 12 games remain in the TAPPS 11-man season, and then we’ll have to wait until August to make fun of how many TAPPS members are the Eagles. Every semifinal promises to be a great game with some matchups we expected and a couple of teams we didn’t. The champions will be crowned in less 12 days. Good luck to everyone still in the running!

Dallas Christian vs. Trinity Christian – Cedar Hill @ Highland Park HS — Division II always gets top billing here because of the author’s allegiances and this week is no different. The Chargers and Tigers met just 3 weeks ago in Cedar Hill with TCCH building a 27-0 lead in the 1st half, but not scoring after that and winning 27-13. That is far from all the history in this matchup. The Chargers and Tigers have met in 2 state championship games each winning one. Big district games dot the history including this year’s district championship decider. Other famous games include a game-winning field goal attempt being returned the other way for a touchdown after a bad snap (a “no-kick” six if you will), sloppy games in poor conditions, and a few dumb penalties committed by both teams along the way. To this year’s matchup, the Tigers have featured a balanced attack all year holding 8 of 11 opponents to 14 or fewer points and scoring 30 points in 8 of 11 games. Though DC was one of the teams to hold the Tigers under 30. The Chargers have only underwhelmed in their two losses and even the TCCH loss probably shouldn’t be thought of as a terrible performance. Among the Chargers 9 wins the double victories over FWC are the most impressive. How the FWC defense allowed just 94 points in the regular season and then allowed 80 in 2 playoff games we’ll have to wonder, but some credit to the Charger offense seems appropriate. There is really not much between these two, as evidenced by a 13 point game the first time around. Both teams controlled Faith. The Tigers did it on the road while the Chargers did it at home. Both ran the district schedule. The Tigers were more impressive over Grace while DC was more impressive (at least defensively) over TKG. The picks of this author are hopefully clear after enough weeks, but this should be a great game on the field (on the sidelines and in the stands I’m less sure). Chargers squeak by 26-23.

Austin Regents vs. Austin Hyde Park @ House Park — Historic House Park hosts this rematch from Week 11. House Park opened in 1939 and is also the subject of a famous Austin flooding picture. The Knights and Panthers schools are located just under 30 miles from one another with Regents currently holding Mopac supremacy after a 26-7 win to close the regular season. The Knights allowed just 14 points in November and only 2 opponents all season reached 20 (and one of those was the Panthers…the Parish Panthers…close enough). Hyde Park has been a middle rung team for the last several years. Making the playoffs every season, but not really being considered a contender since 2013, when curiously they beat Regents 21-0 in a playoff game at House Park. They seemed destined for a similar position when they lost to Shiner St. Paul early in the season, but rebounded to hold 7 of 8 remaining opponents to 10 or less. Thought the Knights were the ones to score more than 10. Regents for the 2nd straight year has delivered on expectations and sometimes that’s a bigger challenge than being an underdog. All signs point to a defensive struggle but the weather should be nice and I think both teams may have better offensive plans this time around. The Knights pull out a win despite giving up their most points in a month. Regents wins 35-28.

Dallas Bishop Lynch vs. Houston St. Pius X @ Georgetown — The Friars are the defending state champion and have been a top title contender for the entire season. We’ve been seemingly marching to a Bishop Lynch-FW All Saints showdown for the title, but the Panthers will be staunch opposition. The only loss between these two is by Pius to the other favorite in the division, All Saints, and Pius had to play the game after 2 weeks off. In the Panthers 11 games, they’ve scored less than 49 only twice. Once in the loss to All Saints and then in last week’s win over Bishop Dunne. The Friars have probably played the tougher overall schedule just because of the depth of District 1 and as such has not been as dominant offensively as the Panthers. However, the Friar defense has seen just 87 points scored against it all season. No one has reached 20. If anyone will it will be Pius or All Saints, but I think the Friars defense proves too much this week. The Panthers will not get blown out by any means, but I believe will struggle to score enough to win. Bishop Lynch wins 27-20. (Panthers win if they get to 30)

Fort Worth All Saints vs. Plano Prestonwood Christian @ Birdville FAAC — The Saints entry into TAPPS has been as powerful as expected while the Lions have been a top team but also not the offensive juggernaut they have been in the recent past. The only losses between these are both by the Lions to two teams playing in these semifinals. These two opened the season in Plano with a shootout won by the Saints 61-50. St. Pius X is the only other Saints opponent to reach 30 let alone the lofty heights of half-a-hundred. The Lions have been much more reliant on their defense than previous seasons. It took 8 games after the opener against All Saints for the Lions to allow 61 points total after the Saints posted that number in one game. I would expect the defenses to be in better shape to produce a lower scoring contest than that Week 1 meeting. The Saints appear to have the better offensive attack and the better wins on the season. Having beaten Prestonwood and St. Pius looks better on the resume than Episcopal or St. Thomas. Fortunately, this one will not be decided by a committee looking at resumes. I’ll take the Saints to outlast the Lions defense. All Saints wins 35-20.

Lubbock Christian vs. McKinney Christian @ McMurry University — The Eagles have been a frequent visitor to the playoff and eliminated Shelton for the 2nd straight year last week. The Mustangs have been a program on the rise but dropped 3 games this season before finding their stride against the many Trinity’s in the playoffs. McKinney Christian is somewhat unique in semifinalist in that they do not have a ton of points or a stellar defense that their results point to. The defense has not been bad by any means, but they’ve also seen their share of big numbers put up against them. Lubbock Christian had a stretch of defensive dominance but it appears to have come against inferior opposition. There are several common opponents on the schedules. The Eagles bested Shelton in the playoff while the Mustangs fell short by 3 points. Both teams defeated Willow Park Trinity. MCA by 11 and LCS by just 6. They both played similar games defeating Lubbock Trinity. I’m really not sure what to toss between them. Based on their scores expect the game to see around 25 points for both and be close at the end. The author picks against the Eagles when stuck on the facts. Mustangs win 27-25.

Boerne Geneva vs. Houston Cypress Christian @ Elgin HS — The Eagles entry to 11-man has been mostly successful, having lost just 3 games in the last 2 seasons. One to perennial small-school power Shiner St. Paul and one to last year’s champion Northland. Geneva was a 6-man contender before that. The Warriors success is notable each season they’ve been in Division III. They’ve also lost just 3 games in the last 2 seasons. One to Division II contender Regents and also one to last year’s champion Northland. Cypress was eliminated by Reicher by just 4 points a year ago. This Division III bracket is wide open after the elimination of Reicher and Colleyville Covenant falling to Division IV. The Warriors offense is a dominant unit, scoring at least 30 in every game since the season opener against Regents. The Eagles have only been held under 30 twice on the year. Once in the loss to St. Paul and also in a game against Austin Savio. I doubt either defense is a slouch, but the offenses look to be the deciders of this one. Geneva’s victory over Reicher makes me think they have a slight edge. Eagles take this one 42-28.

Colleyville Covenant Christian vs. Dallas First Baptist Academy @ Prestonwood — These two matched up in Dallas back in Week 3 with Covenant taking a 66-44 victory. The Saints will attempt to celebrate the opening of their new building with a spot in the state title game. The process has been non-linear for FBA as the school has evolved. A 14-0 season and a state title in 2013 gave way to some good years and then a couple of lean years. They’ve rebounded from a 1-4 start to roll out of 6 of 7 once district play began. The only loss was to DIII semifinalist McKinney Christian. In contrast to most semifinals these two share 8 losses on the year. The Cougars only loss on the season to Division III competition was to Shelton and the Saints put 76 on the same squad. The Saints have struggled defensively at times this season allowing over 30 points on 6 occasions. The Cougars have done so just 3 times and only once to a DIII opponent. Notably, that was to the Saints. By this time of the season, the defenses should be better positioned to make life difficult for the offenses, but this still looks to be high scoring. The rematch often takes a very different feel than the first game. I think one team will put a gap on the other early and then hold on in the 2nd half. Depth is always a factor in these smaller divisions. I’ll take FBA to turn the tables and win 36-26.

Bryan Brazos Christian vs. The Woodlands Legacy Prep @ Brenham HS — The Eagles stunned this author and many followers of TAPPS football by taking down the heavy favorite in the Division, Shiner St. Paul. They also did this in dominant fashion winning 40-14. There was little talk of Brazos’ title chances and now they sit just one win from the title game. Beating St. Paul has to turn some heads. The Lions have been on alert all year, playing 0 non-district games. The only loss came to DIII semifinalist Cypress Christian. Legacy does not have the dominant unit many deep playoff teams have. The offense only scored 40 twice in 10 games and the defense held just 3 teams under 10 points on the season. The Eagles scored 40 in 6 games this season but held just 1 opponent under 10. I may be overly impressed with the St. Paul win, but I have to take Brazos in this one. Eagles win 42-28. 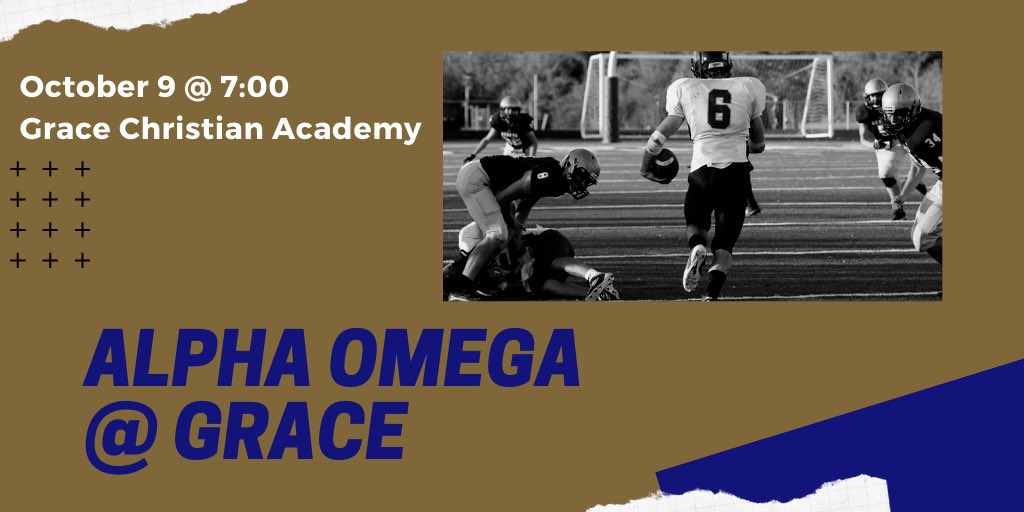 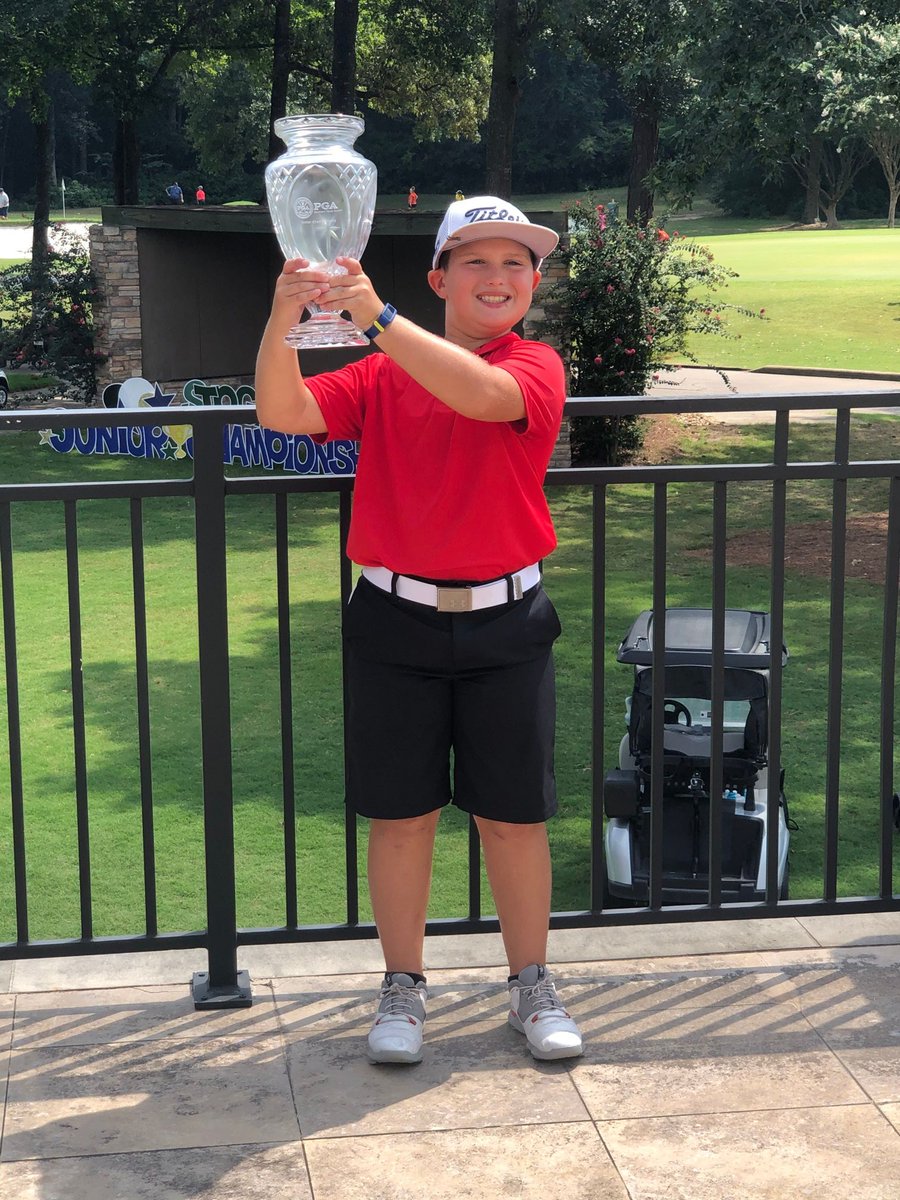