Welcome back to the playoffs everyone. The opening round features some intriguing matchups, including district rematches and playoff rematches from a season ago. Will anyone look beyond their opening opponent to a more anticipated matchup and find themselves on the wrong end of a road steal? Someone will get a surprising upset. Who will it be?

Grapevine Faith Christian @ Dallas Christian — The Chargers return to the field after a sterling 2nd half defensive effort, but TCCH had done enough in the 1st half to break the Chargers 24 game district win streak. The Lions saw Southwest score a ton of points but scored a ton themselves to get an 8 point victory. The Lions defense will need to be better to secure a road win in this one. Holding MCS to just 24 points suggests they can be. Last year’s OT classic in Round 2 saw the Lions score a 6 point win and then win 2 more to take the title. It has been a much different season for Faith losing 4 times. Though they have seemed to find their offensive stride the last two weeks, amassing 122 points. DC regressed from a 10-0 regular season to a 7-2 campaign. The Chargers have struggled to score against the top tier opponents. Scoring just 14, 10, and 19 against TCCH, All Saints, and FWC respectively. Though they did secure a road victory over FWC. The only common opponent is those FWC Cardinals. DC earned a 19-14 victory despite not scoring in the 2nd half. Faith fell 38-13 at home. It has been a long time since that DC-FWC game back on September 15th though. If Faith can score like they have the last two weeks the Chargers will likely struggle to keep up. Expect the DC defense to continue its form from the 2nd half in Cedar Hill and for the Chargers to prevail in a lower scoring duel. Chargers win 28-15.

Tyler T.K. Gorman @ Fort Worth Christian — The Cardinals have rolled off 8 in a row since a 19-14 loss to DC in Week 3. The dominance of their defense has been well chronicled in this space. Only 5 of 10 opponents reached double digits and no one reached 20. The Cardinals have surrendered just 13 touchdowns for the season while oddly not recording a shutout after Week 1. A few opponents might fall on the weaker side of the spectrum but its hard to pick nits at a 35 point win in Midland. MCS may be a bit beat up, but going to Tall City and dominating will catch anyone’s eye. The Crusaders first 6 games appeared to show they had fixed previous year’s defensive issues. Then the meat of the schedule with DC, Grace, and TCCH hit and TKG finished on three losses allowing at least 45 in all 3. Given those numbers, it’s hard to see where the Crusaders find the defense to slow an FWC team that put 42 on MCS and scored at least 38 or more in each of 9 wins this year. Further, given the offenses track record against the DC team that beat FWC where will the Crusaders find enough points to outrun the Cardinals. Somebody will get the upset this week but I can’t see it being TKG. Cardinals win 42-19.

Fort Worth Southwest Christian @ Trinity Christian – Cedar Hill — The Tigers are riding high after taking down DC for the district title. An undefeated district campaign places great expectations on the Tigers playoff success. The possible matchup with MCS next week is quite juicy, but there is a hurdle to clear first. The Eagles have been steadily improving the last 3 seasons, adding to their win total each year. The blowouts have also been less pronounced, and the offense put up 48 against Faith last week. They will need all of those points in Cedar Hill on Friday. This is the type of matchup that I wonder why teams are so willing to just play Friday night. I might try to get the Tigers off rhythm with a Saturday or Thursday game but that’s just me. How will the Eagles outscore a Tigers team that allowed just 14 to Faith when the Southwest held them to just 56? A series of turnover and special teams gaffes might keep this one tight, but even then I think the Tigers would win. TCCH sees Midland in the crosshairs and wins 42-7.

Tyler Grace Community @ Midland Christian — The Mustangs appeared to be the top of the heap after beating Brock in the non-district and being in the game with FW All Saints until the late stages. Then the injury bug struck and things got a bit dicey. Last week’s district championship 35 point loss will definitely sting the Mustangs. The Cougars enter on a 4 game win streak after starting the season 1-5 and taking a 60 point drubbing at home against TCCH. The Cougar offense refound itself scoring 45 or more in all 4 wins. The Mustang defense will be the best of the bunch, but signs of a chance for the road tripping Cougars. If MCS returns to some version of health they should take this win at home, but a window exists for Grace. If the Cougars get into the 40s I don’t see MCS catching them given the struggles of late. However, I don’t see Grace getting to 40 against the Mustangs. MCS takes this one and finds a bit of their swagger, winning 38-13.

Houston Lutheran South @ Austin Regents — The Knights return to the postseason after failing on an OT 2-point conversion that would have claimed the first state title in Division II (or its 4A predecessor) for a school South of Waco since Second Baptist in 2000. Another dominant regular season saw 10 wins for Regents and another district title. The Pioneers enter after having one of the more remarkable seasons you’ll see. Starting with a flooded school and still getting 4 wins and a playoff spot is a testament to their hard work. The Pioneers also played Second Baptist to a 5 point game scoring 37 points. The Knight amassed just 21 against the same Second Baptist squad. The Knights defense will make this a tough road for Lutheran South. Regents recorded 4 shutouts on the season and saw just 2 opponents reach 20, and still beat one of them by 41. The challenges for the Pioneers are many and they’ll give this one a good battle, but Regents will be too much. Knights win 35-7.

San Antonio Holy Cross vs. Houston Westbury Christian @ Houston Baptist University — The longtime basketball playing Wildcats worked their way to a home game in football. They find regular district contender Holy Cross in their way. The Knights recorded 5 shutouts among their 7 victories but scored just 6 points combined in their defeats against Regents and Hyde Park. The Holy Cross offense has only crossed 30 in 2 games and managed only 17 against Cornerstone who failed to win a district game. Holding the Wildcat offense at bay is key to the Knights chances. The Wildcats have made the playoffs for a 2nd straight season. A first for the school since at least 2004. Westbury is a team with a chance for a couple of wins here having lost to Second Baptist by just 6. The Wildcats have recorded 4 shutouts themselves and won every game they held the opposition under 20 points. The Knights struggled on offense and performance on defense this season points to a low scoring battle here. Hopefully, no one needs any bandages from the nearby CVS. Wildcats prevail at home for their first playoff win since at least 2004, winning 16-10.

San Antonio St. Mary’s Hall @ Houston Second Baptist — The Eagles win District 4 for the 2nd year in a row and will certainly have their eye on a deep playoff run. A rematch with Regents who bested them earlier in the season would be the goal for the Eagles. Two non-trivial hurdles must be cleared first. The Second Baptist offense has not been as potent as recent seasons. A 0-3 start was followed by a 6 game win streak as some form returned. Still, just 31 and 28 put up against the non-playoff teams in the district leaves some mystery to the Eagles game. The Barons are a relative newcomer to the TAPPS scene and had some attention when they started 3-0 this year. They really never achieved that form in district play falling to the top 3 teams by margins of 18, 27, and 41. They did score 24 against Regents, the most allowed by them all season. This is a hard game to get a good read on so I’ll just have to go on preseason expectations and figure the Eagles are superior to District 3 other than Regents. Second Baptist wins 35-17.

Corpus Christi John Paul II @ Austin Hyde Park Baptist — The Panthers exceeded expectations rattling off 5 wins after losing to Shiner St. Paul. Just another notch in the Shiner St. Paul wall. In 5 district wins the Panthers allowed no more than 10 points in a game. The Centurions (excellent choice by the way) reached 6 wins for the first time since 2011 and the playoffs for the first since 2012. The 22 game losing streak ending in 2015 seems far away this year. The 55-37 victory over Lutheran South announced their intention to be a player this season. The 54 points posted by 1-win St. Joeseph is a definite cause for alarm though. The Panthers posted 26 on the scoreboard in every game except against Regents. The Hyde Park offense at The Quarries should be too much for the Centurions to handle. Panthers win 42-12.

So for all my talk of there being a big upset, I picked all home teams. So that finishes the D2 playoff preview. So I bring you the 4th annual rundown of the playoff teams. The vinyl “Beat the Eagles” sign not as useful this year with one fewer in the bracket. Good luck on the road to State to 2 newcomers, the Centurions, and the Barons, but also to 2 Eagles, 2 Knights, the Lions, the Panthers, the Cougars, the Cardinals, the Tigers, the Mustangs, the Wildcats, the Crusaders, and the Pioneers and of course the Chargers!

Argyle Liberty Christian @ Bishop Dunne — The Falcons have had an up and down season, including a home loss to Liberty as recently as Week 10. Dunne parlayed a 5 win season a year ago into the state championship appearance, and find themselves with 5 wins again this year. The Warriors defense has given notice all year. Holding longtime power Celina to 9, Prestonwood to 14 and Lynch to just 7. Liberty won just 1 of those games though seeking a 10-9 victory over Celina. The 33 points the Warriors posted against Dunne is the most they scored against a non-JP2 opponent this year and the Falcons posted as many as any non-Gilmer opponent (after I predicted a 15-10 game of course). If the Falcon offense produces something akin to the 56 they put on Parish or the 34 they put on Nolan they should win this one. I can’t see Liberty producing 33 again on the road, but I could see them holding the Falcons to far less than the 26 they scored two weeks ago. Someone forces a late turnover that wins this one. I’ll take Liberty to get the bounce and win 14-7. (There’s my road upset pick, knew I’d find one)

Texas School for the Deaf @ Austin Brentwood Christian — Our smaller school pick this week visits the home of the Bears and the two Austin schools not in a district with one another. It has been a breakout season for the Bears winning 8 games after winning 8 combined in their first 2 seasons of varsity football. The results are a bit all over the place though for Brentwood. Scoring just 14 against a weak TMI squad (winning by just 2) and battling the presumptive favorite Shiner St. Paul to a 20-14 loss. The Rangers have had an up and down 5-5 season that included two 1 point losses. The upper crust of Division III this season in Reicher and Shelton controlled the Rangers from the outset. Central Texas Christian provides a common data point to look at with TSD dropping a 15-14 decision while the Bears defeated the same squad by 20. Brentwood takes this one, 39-20. 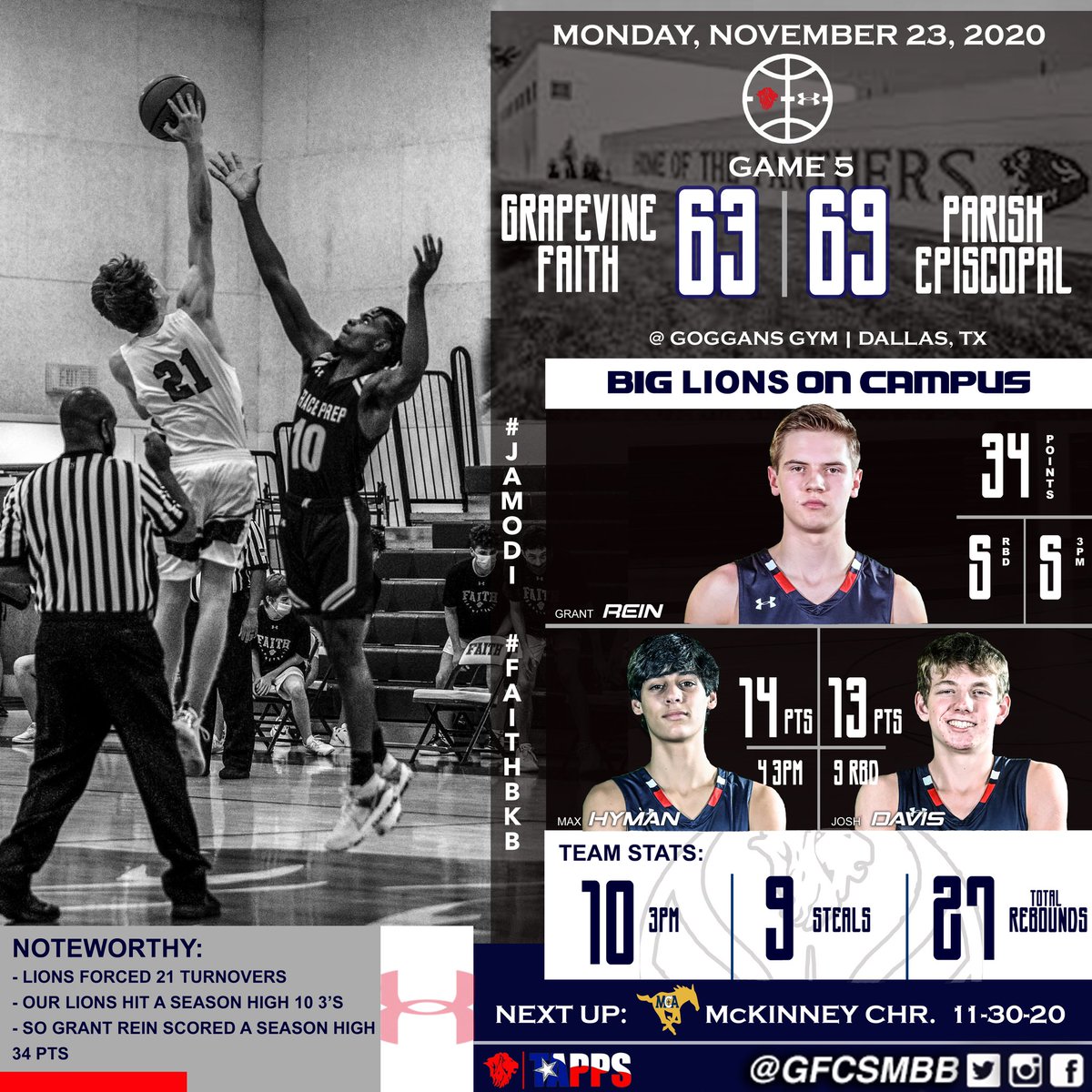